Rest is for the Weak

Ninja can rest when they're dead

Good afternoon everyone; it is a sunny Sunday in Braintree, MA today so what better weather in which to discuss ninjas could there be?

Progress is steady once more on Sudden Death and this week we have some new card art to show off. We are preparing a second Print-and-Play PDF with the new material and the latest revisions due to our ongoing playtests.

The most notable revision is the change to how a ninja can withdraw from the action. Previously the stand-off that resulted could drag on for many turns before someone attacked, but now there is at most one round of circling when each player can either draw a card or play an action from their hand. Once that is done it is back to the fight.  We are also testing ideas that streamline the circling process so the action and fighting is maintained, rather than broken up. 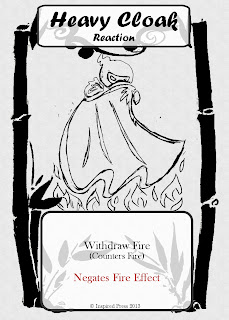 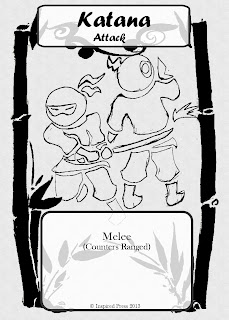 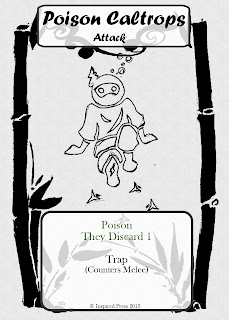