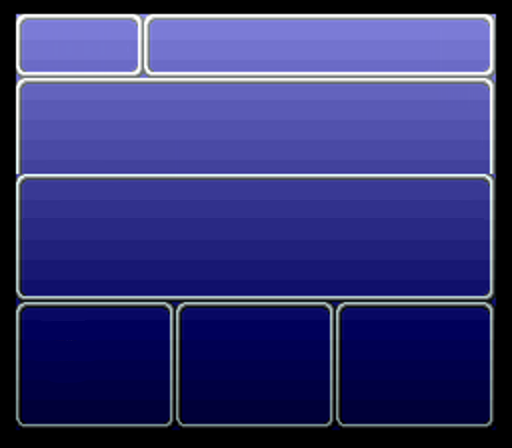 Making 16-Bit Adventures is a beautiful madness for me. The rules come together very easily but the presentation is driving my batty. Not only is layout the hardest part, it's the part I am least proficient with yet I can't seem to stop trying.

I'm sure most of it is due to inexperience with the tools. I'm using PowerPoint for most of it simply because it's what I know and I've been able to get it to do things. Contrast that to Scribus, which I have just started using, and I get basically nothing from it on the screen. I do get ideas though and one day I hope to be able to actually use Scribus to realize them.

For now I have gone back to PP.

No Layout vs Bad Layout

What it comes down to now is that I could have much more of the game posted where people can enjoy it, test it and hopefully point out its flaws if I just dispensed with the layout and posted a wall of text occasionally broken up with pictures.  I haven't done it for a couple reasons:

1) Too much Fallout 2. It was free to DL a couple weeks back and it has eaten my soul.
2) I don't personally like reading plain text and I tend to gloss over parts simply due to optical boredom. I suspect many other people are like me in this regard otherwise layout wouldn't be so important, right?

But it looks like at this point I can't slay the layout dragon myself anytime soon, so I am going to just offer what I have and then work on the rest later. Hopefully someone reading this will be a magical elf (or maybe just good at layouts) and want to join the Inspired creative team or even just help out on this project because they love sprite-art and Final Fantasy.

As I have mentioned before, my next 16BA trick is to add the rest of the jobs and monsters and then do a Tactics module. The jobs are going pretty well and monsters are simple once the inspiration strikes. The Tactics bit is trouble though.

It has cropped up repeatedly that the Jobs just don't all work in both modules as printed, so you really need to redo each for Standard and Tactics modes. Monsters at least work out pretty well.

It doesn't help that I really want to get Job-switching in place and have it be more than simply taking the new character sheet like it is now. I want your character to be able to swap back and forth while still gaining in base capabilities and have it work out so that one PC could just pick Fighter and stick with it, but another could start with Blue Mage, then be a Bard and maybe then a Time Mage and actually use each of those abilities in some combination like you do in FFV and FFT(A).

It is a pretty big task so far to do that without needing to track lots of minutiae.

My plan is to try it this way:
Every PC earns AP and XP for each battle completed equal to the total levels of the monsters fought.
Any PC that delivers a KO blow to a monster gains additional AP for that.

XP will be used solely to increase Base Level and since all PCs get it at the same rate they will always be the same Base Level.

AP will be used to buy Job Abilities and raise Job Levels. Since AP is gained faster than XP this would mean that single Job PCs would have extra AP laying about so to be able to spend that I will be assigning each Job Ability a cost and not requiring a level minimum to buy it. So if all you want from Fighter is Retaliate then you can buy it first; it will be expensive though.

I am also moving to a more loose gear system where you would simply have 5 slots and the restriction would be that you can have no more than 1 armor or 2 held items (weapons and shields) but you could certainly equip an armor, a one-hand sword and 3 accessories if you wanted. Permissions for which items can be equipped will be based on current Job as well as mastered Job Abilities. For example if you master Fighter (ie buy all JAs) then you become a Master Fighter and no matter what Job you use next you can equip Heavy Armor (if that ends up being the Master JA, it could change).

You will also get some extra slots to equip JAs from your other Jobs whether you have Mastered them or not. So you could dip into Black Mage and then use your Black Magic as a Dragoon.

There will need to be a restriction on AP, probably by making it Job-specific, so that you do actually have to play a Job to buy its abilities.

As always, tell me what you think and I will get back to work!

Both are very much under construction, specifically the Jobs have not been added to either document. Since the Job pages are about the only thing I like the format of I am going to retain that and put up a separate doc for each module since the Tactics jobs require additional information to be used.
Posted by Inspired at 9:39 AM No comments:

I thought I would go a little further afield than I normally travel and just talk about design concepts and practices rather than the specifics of the games I work on.

What does Euler's Identity have to do with that you ask? Good question, I think mainly it just means I studied physics and so I think its awesome. You may like it for different reasons.

Game systems all are meant to do something. Whether they do what they intend or not, they at least have a purpose behind them and some kind of theory that led the designer to use them.  That theoretical underpinning could be as simple as "We made up some shit we thought would be fun." But even when there is no conscious decision, there is something there that tells us something about the designer.

My own theory of gamecraft is that games have two basic parts: story & substance. This is not an uncommon way to look at them and it can be explained with a popular saying: system matters. For a game to work out, the rules need to inform the setting and the setting needs to inform the rules. Plenty of games have broken this maxim and to me it is always to their detriment.

When the system reinforces the setting's assumptions though things really sing for me. For instance. AGON does this for competitive, Hellenic heroes seeking glory and fortune and weathering the whims of capricious gods. Legends of the Wulin does a fantastic job of hooking the setting into the system in a way that each reinforces the other as well.

I tend to think of systems as either specific or generic. It's fairly black and white for me, there's really nothing in the middle as far as I can tell.

The poster child of generic systems is GURPS. It's a good, solid set of rules, but I've never enjoyed using it. It simply doesn't speak to me because it isn't purpose built to do anything in particular. BRP is similar in that its purpose is to be as general as it can be and I do play it occasionally but it's never my first choice. Despite being a very close relative of BRP, Pendragon is one of my favorite systems because it has cut and modified its parent system to do one thing well. There are better medieval combat systems out there, but there is nothing better for emulating Malory.

I can't think of a single, iconic setting that I would hold up as an example of a specific setting. By their very nature there is no one way to do it, but I can mention a few that I really like.

Dogs in the Vineyard: It's about being a Mormon gunslinger charged with keeping order in the land. It's about making choices and what you are willing to pay for them.

AGON: Mentioned above. Greek heroes doing daring things and then meeting their fates. It focuses around a competitive aspect and it matters not only that the heroes succeed or fail, but which of them stands above the others during each deed.

Grunt: US soldiers in Vietnam. It's amazing. The paranoia and the psychological toll it takes on your boys are almost palpable around the table. It's Platoon, the RPG. I've used it for 40k Imperial Guard and it gives you a much different game than Only War to say the least.

Posted by Inspired at 3:06 PM No comments:

16 Bit Classes in the Works

Right now I am working on the Blue Mage. Its a favorite of mine from Final Fantasy V as well as XI. Something about using a scimitar while blasting monsters with their own powers just speaks to me on a spiritual level.

The reason I'm only working on it now is that, in order to have a Blue Mage, one must first have a solid bestiary from which to draw its spells. As of now I feel like 16-Bit Adventures has that depth in the monsters and their powers so I can work on how to slot them into a PC class.

While I am doing this I have been thinking about the other mage classes because the next one on my agenda was going to be the Summoner. However as I look over the spell lists for White/Black Magic I see a lot of options that can be frankly overwhelming or superfluous in play. That made me think that there is room for one of the classes I had originally cut: the Time Mage.

Time Mages are all about buffing and debuffing rather than the direct healing and nuking focus of the two primary mages. Looking at the current magic lists I can see that Haste, Regen, Reflect, Stun, Stop and Break at least are traditionally Time Mage spells. If I were willing to let Red Mages dip into Time Magic (and why not?) then a few others could easily be moved as well. Specifically Dispel in that case. Black Mages could do without Escape and Warp as well if there was a Time Mage to handle the spatial manipulation effects.

Before I go and do a spell list for them what do people think about separating out the time and space spells from the others and having them in their own list? Would it make you not want to play a White Mage if they lost Haste and Regen? What about Black Mages and Dark Knights losing Stun and Stop?

My to do list includes Summoner as mentioned above as well as Beastmaster and Ranger. After that I'm pretty spent for things to add. Geomancer had been mentioned to me before but they were awful in FFV and even Mog from FFVI had very few actual options in battle. In the future Tactics module I can see them being much more interesting since battlefields will have more varied terrain to utilize. Until then its at the back of the line.

So tell us what you think. We'll be around.

Posted by Inspired at 9:07 PM No comments: