We are still working on recovering from the first unsuccessful attempt to publish Battle Tank: Escape From Giant Robot Island, and I feel it is going pretty well.

The big thing now is to make sure we have a crowd from which to crowdsource. Looking back, it's obvious that to make crowdfunding work you would need to make sure enough people who like your idea already know about it. C'est la vie.

So to that effect, Inspired has been branching out to more forums and communities in order to get not just our products out there, but to get ourselves out there so that people can see what we do and who we are. I personally feel that knowing a game's designer is more likely to make me want to know more about the game and it also helps to know what their opinions are on other subjects as well.

And just because our focus is on the final stages of Battle Tank doesn't me we aren't still hard at work on the other ideas we've come up with.  Here's a draft of the board for our Romance of the Three Kingdoms effort currently called Rise of the Warlords. 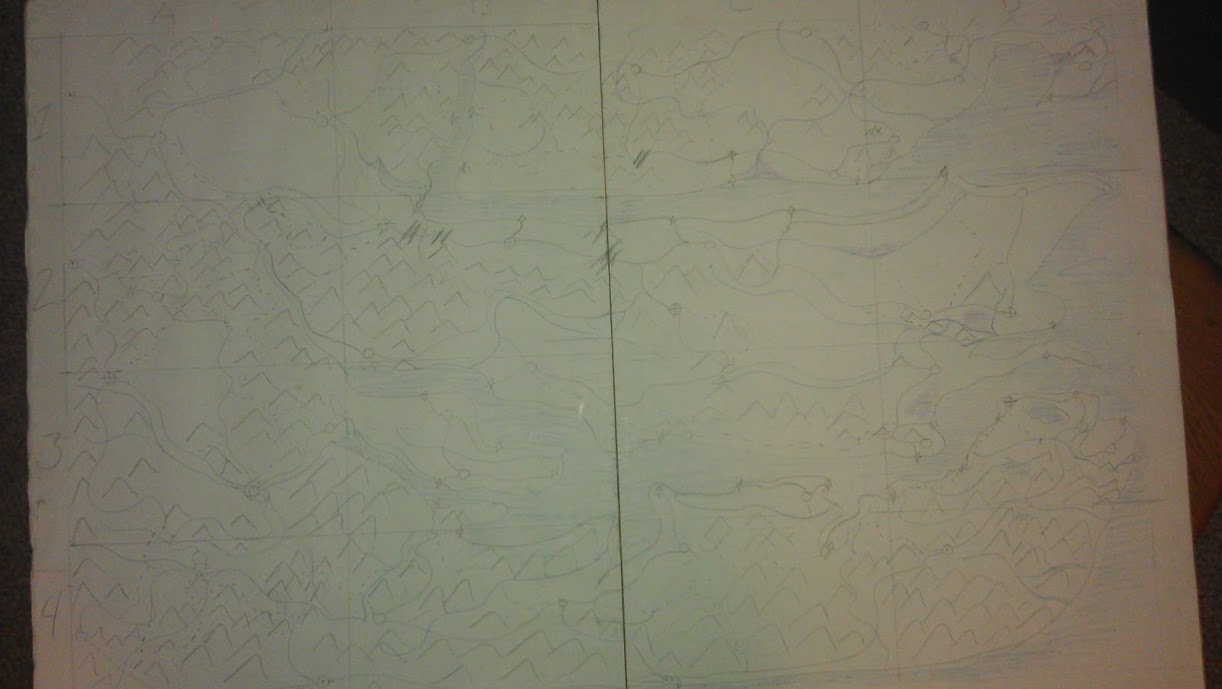 It's a complete map of China circa 200AD with fifty major cities and dozens of ports and fortified passes. This draft is 24"x36" (approx 60x90cm for our international friends). The one I'm working on now is slightly larger at 30"x40" (75x100cm) and makes the image look less stretched east-to-west as well as being a quad-fold instead of the bi-fold you can see here.


You can also look forward to a new version of Celestial Warriors in the near future with the existing rules tuned up and some more genre-enhancing subsystems as well as more support for multi-fighter combats.
Posted by Inspired at 8:41 PM