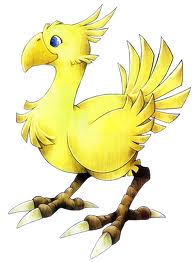 Good evening and thanks for bearing with me.


Included herein is most of a jobs document. I say "most" because Thief and Samurai are still missing rules for one JA each and Summoner has no descriptions for its JAs at all.

Now what I need to finish up is the rules themselves, and of course write up some gear and some example battlefields.

Monsters and enemy NPCs look like they will be simple. Common adversaries will just have levels in a single job, so when you encounter an enemy Black Mage all it is going to do is nuke. You won't need to worry about it knowing healing or status spells or being able to wear heavy armor.

Named NPCs, of course, are built like PCs and can have many different abilities available. I do not plan to create NPC-only Jobs though, so everything the enemy human-types can do is something that PCs are able to do. Barring any scenario special rules like them having control of a massive crystal that hurls Mega-Flare spells or similar.

There will be suggestions of how much XP/AP things like that should be worth though.