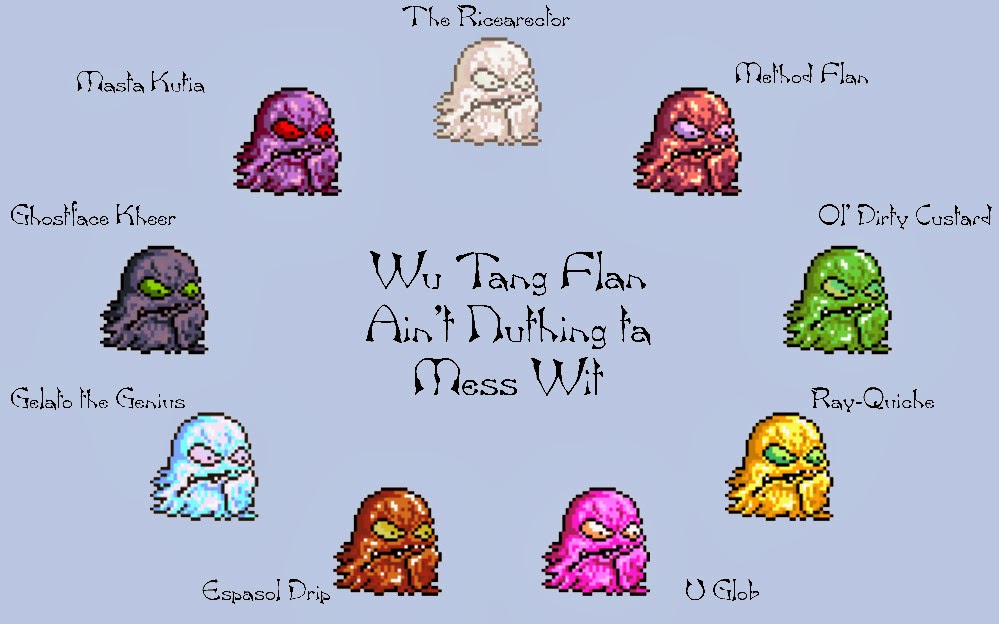 Its  time for some 16-Bit Adventure. Particularly its time to face off against some of the most brutal and deadly of all monsters: the Flan.

Flan are a type of ooze that tend to have magical or special abilities while retaining the ooze trait of being highly resistant to physical attacks.

I have included the PDF below for people to have a look. As always I'm keen on getting feedback, especially of the sort where people point out what I forgot to include.

Fiasco at Five Burrows.
Posted by Inspired at 8:16 PM